I’m just back from my first ever trip to Canada with souvenirs, photos, lots of memories – and about 20 new family members I’d never met before. Obviously, I didn’t bring them home with the souvenirs, but I hope they will visit me in Scotland so I can repay some of the hospitality they showed me.

I won’t name them all, but this is a huge chunk of my newly met Canadian family.

My Aunt May’s 90th birthday was the catalyst for making the trip. My dad’s sister, she went to Canada before I was born but we met whenever she came ‘home’. She usually came over on her own and I never met my cousins. When they did visit Scotland I was away from home.

My aunt kept in touch, usually by phone, and when she had a stroke my cousin, Grace emailed to let me know and she and I continued to correspond. As my aunt recovered, she resumed her phone calls. Once, I was asking questions about family and she said: “You’d better come over here so we can talk properly!” Then, my cousin reminded me it was her mum’s 90th birthday and so I booked my flight.

I was to be the big surprise at my aunt’s birthday party. Grace had been planning a dinner at home but when she realised how many were coming wisely decided to book a room in a restaurant. I admit I was feeling pretty nervous as we drove there. My cousin Grace and I had been blethering like old friends since I arrived – but would meeting everyone else be the same? 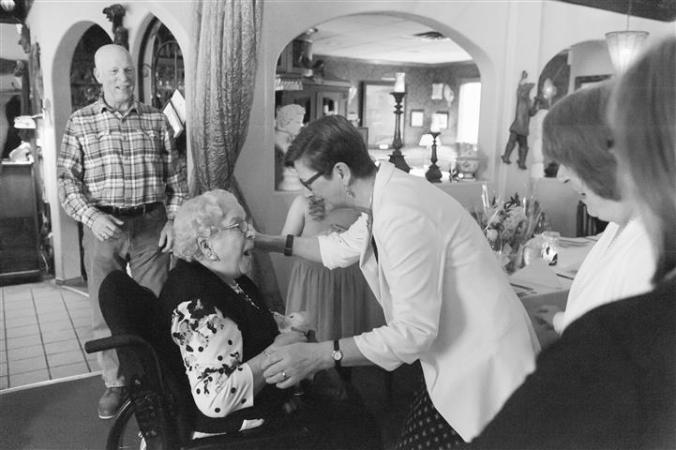 I think the big reveal was a big success 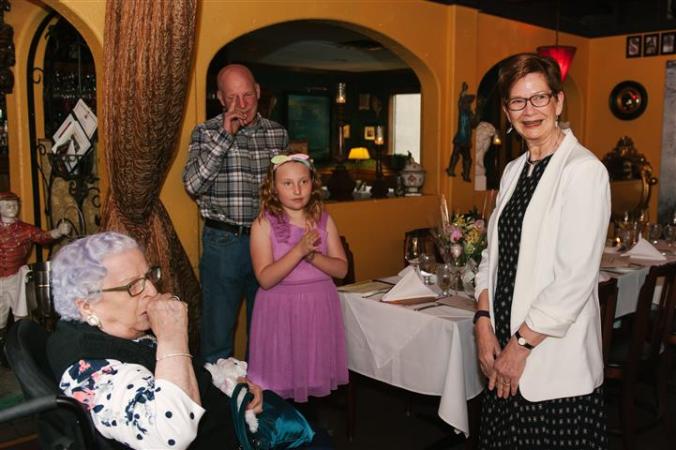 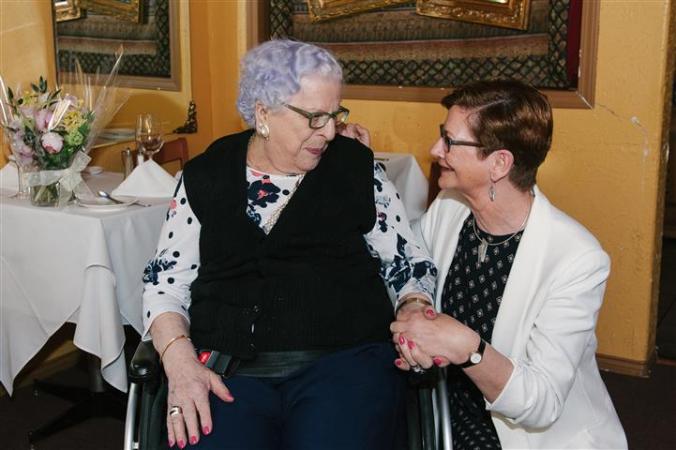 I’ll do some more Canadian pics next time – this post is just for me and Aunt May!